As I am sending this email on the 75th anniversary of VE Day, it seemed right to let that theme run through this week's Friday Footnotes. After all, the sacrifice so many people made during that time is in some way similar to the key workers putting their own lives on the line for the greater good.

What I’ve Been Listen To

What better place to start than Winston Churchill’s speech on VE day, 1945. A man that had such a way with words, he is the third most quoted source in history, after the Bible and Shakespeare. He said "we may allow ourselves a brief period of rejoicing, but let us not forget for a moment the toils and efforts that lie ahead". You can listen to his speech here.

Simon Sinek is one of my favourite authors; in fact, I am currently reading his latest book ‘The Infinite Game’. In this TED talk, Sinek has a simple but powerful model for inspirational leadership - starting with a golden circle and the question: "Why?" His examples include Apple, Martin Luther King Jr. and the Wright brothers. You can watch it here.

What I’ve Been Watching

Would you be willing to sacrifice 1 life to save 5 others? This dilemma is seeing more discussion than ever with the introduction of autonomous cars. You can watch a brief clip about this problem here. What if that life were your own; would you be willing to sacrifice it for the greater good? Would you take a bullet for another person? This is something illusionist, Derren Brown, explored in his brilliant psychological experiment called ‘Sacrifice’. Find out if he can manipulate an ordinary person into taking a bullet for a stranger by watching it here.

Quote of the Week

It would be wrong not to quote Churchill this week, so some of my favourites are:

“Success is not final, failure is not fatal: it is the courage to continue that counts.”

“One always measures friendships by how they show up in bad weather.”

“Things are not always right because they are hard, but if they are right one must not mind if they are also hard.”

Life is about making sacrifices for the greater good. What we can learn from both the World Wars, and the current COVID-19 crisis is that most of the people around us are actually amazing, probably much better than we thought, and that they too are willing to make sacrifices, some big and some small, for the greater good. 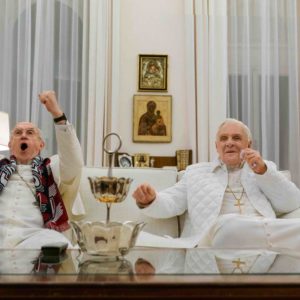 Religion, My Life Library & The 2 Popes
Taking on The Arc50 Cornish Ultra 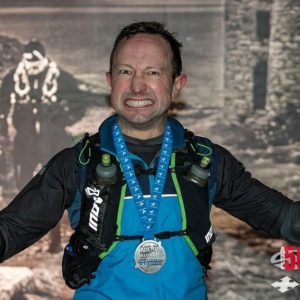 Once you have inputted your details here the tool will be available to download on the next screen. It may take up to 20 seconds.